sales@ksccrystals.com | 01625 250345
Please Note: Our posting days are Monday & Friday. All orders placed before 1pm will be dispatched on that day. This crystal which was discovered in Ayrshire, Scotland.

These examples have been sliced and the flat faces have been polished leaving the sides in their natural, rough state.

Just click on the pictures to see the individual crystals. 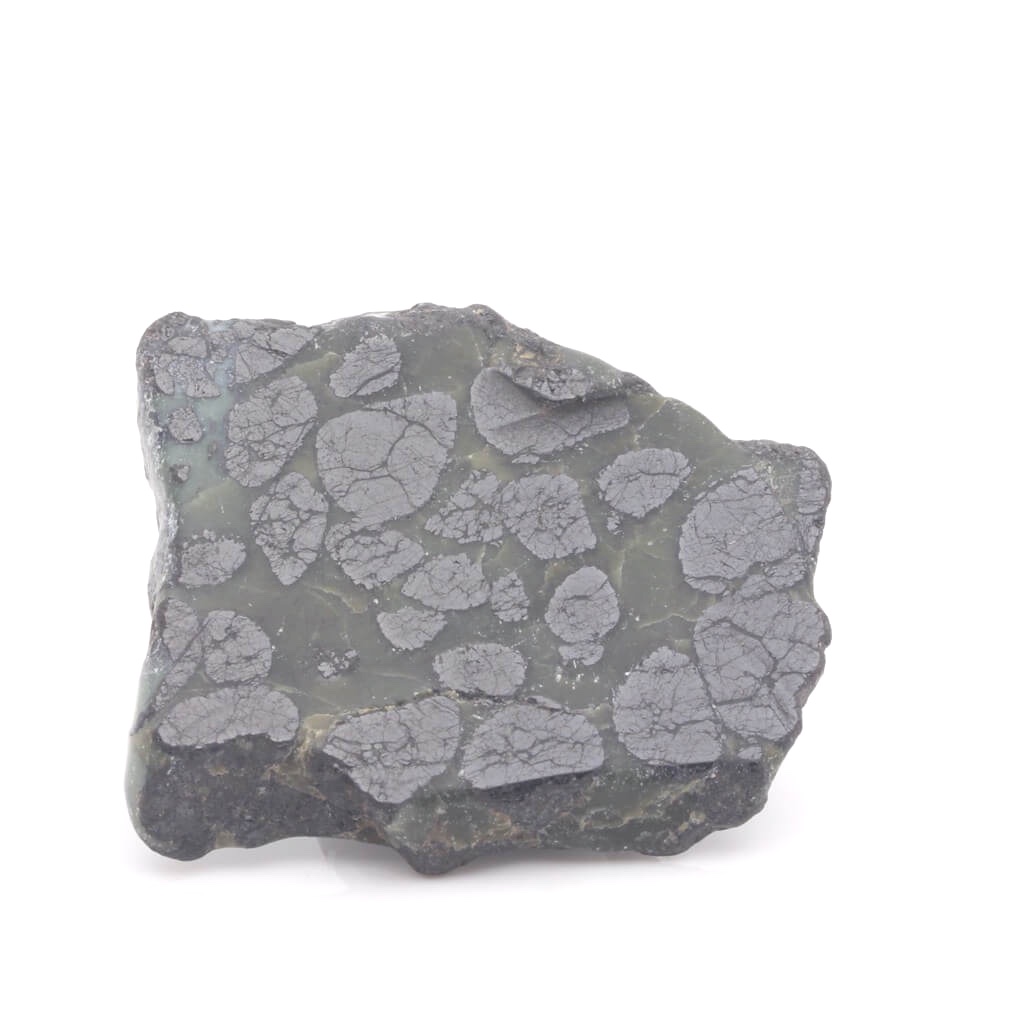 Working with this crystal is not for the faint of heart as its properties are both stimulating and powerful.

Chrome Spinel is symbolic of the Twelve Laws of the Universe which are:-

The Universe exists in perfect harmony or balance in its natural state but we have disrespected and damaged this delicate balance by abusing the very planet we live on. However, through the power of choice, we are now able to reverse this damage through a greater new awareness, the knowledge of balance between the Universal Law and the Natural Law.

Have you ever stopped to consider how many varying shades of green there are in nature?  There are Seven Laws of Nature or Natural Law by which everyone and everything is governed. These Natural Laws are:-

You will notice that these Natural Laws are also contained within the Laws of the Universe.

Dunite, also know as Olivine. Dunite is mostly composed of Olivine which is a bright green mineral. However, Olivine can lose its bright green colour on its way up through the earths crust. You will notice that some of the samples have different shade of green and some have shades of yellow.

Working with the combination of these crystals together in one piece, as you can imagine, is extremely powerful and important. Not only are the two Laws being realigned in harmony back to their perfection, but also you are healing any deficiency in any Law that it is lacking its natural balance, causing disruption and turmoil in our world.  Not only even that, you are acknowledging the understanding of a lesser known phrase, “As above so below” and more importantly showing reverence to the  importance of Divine Oneness not only of Universe and Nature, but also of all that is.

The balance of nature is a theory that proposes that ecological systems are usually in a stable equilibrium or homeostasis, which is to say that a small change will be corrected by some negative feed back that will bring the parameter back to its original "point of balance" with the rest of the system.

The balance is sometimes depicted as easily disturbed and delicate, while other times it is inversely portrayed as powerful enough to correct any imbalances by itself.

The concept has been described as "normative", as it makes a claim about how nature should be: nature is balanced because "it is supposed to be balanced".